THE TECHNICAL DETAILS OF THE PLANT & MACHINERY INSTALLED IS AS FOLLOWS

Cupola Furnace: The Cupola installed by us is a divided blast cupola furnace.  This is an Energy efficient cupola with pollution control system. The installed two DBC’s are of the following specifications.

Correct selection of the blower, proper distribution of air, prompt control on feed material and rich operating ambience are some of the reasons behind the energy performance of our Divided Blast cupolas. Our SPM (suspended particulate matter) emissions from these cupolas are much lower than the permissible environmental standards thus made by the Andhra Pradesh Pollution Control Board. We have proposed to save up to 25% of the Low Ash Metallurgic Coke consumption thus reducing the harm done to nature, which we think is the main aim we are using 10% ash coke in place of 28% ash coke. The quantity required of 10% ash coke is 30% only compared to 28% ash coke and also the ash contents is also reduced to 30%. Thus the total ash produced will be 10% of the total ash produced otherwise.

Pollution Control Equipment: The pollution equipment is attached to, two energy efficient DBC’s, which consists of two cyclones which collects dust from the DBC and heavy particles are settled at the bottom of the same. Now the gases are passed on into the venture wet scrubber where a spray of water is done on the gases so that the heavier Suspended particles of the same are mixed with water and only the unpolluted smoke is released to the chimney at a height of 65’. The stack is available for inspection at a height of 44’.Thus creating a pollution free environment. A drawing of the same is given below. 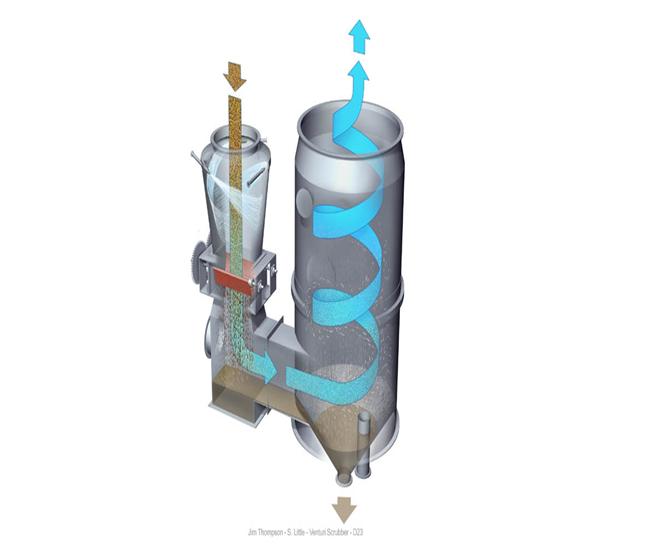 Spinning Machine: The high temperature molten metal thus taken from the energy efficient DBC’s is collected in ladle and poured into the hoppers of the two spinning machines provided to make centrifugal casting pipes as per IS:1536. This process as compared to the previous green sand moulding is far more superior in technology and spreads lesser pollution to the environment. There is no waste sand generated as compared to the pervious process. These machines spin at a very high speed and due to the centrifugal forces inside the machine the pipe is thus made. The machine is 5.5mt. long produces the pipes of the same length. The Central government is encouraging their process for the manufacture of C.I. Pipes.

Normalising Furnace:  After the pipes are being manufactured using the spinning machines, the pipe thus obtained contain a very high amount of internal stress due to the sudden cooling of the metal. To relieve the pipes of the above said stresses it has to be heated constantly at three different temperatures. Thus the normalising furnace is divided into three different compartments. Furnace Oil is used to fire the system. The entry level of the furnace is called the Pre-Heat Zone where the temperature is maintained at 400⁰C and now the pipe travels to the Heating Zone where the pipe comes in direct contact of the fire at 900⁰C for a particular period of time. This time is different for different dimensions of the pipes.  Now the red hot pipes are allowed to cool down at the normal atmospheric temperature. The entire normalising furnace is 9.3mtrs long and the width of the same is 7.1mtrs. Installed are 7 burner blocks along with a blower. These burners are the most efficient burners which consume as much fuel as required to maintain the temperature of the zone. The capacity of the healing furnace is very high therefore it will be run over 4-6 hrs in two days. The furnace is connected to the chimney of 40’ height.

Tar Tank: These hot pipes are now taken to the tar tank where they are dipped into the Coal Tar for the painting purpose. The coal tar bought for the same reason is of a very high grade and thus it takes very little time to dry. Because the pipes are hot and dipped into the paint, there is a very little amount of smoke which is released. This is due to the fact that there is presence of Thinner solvent in the paint. But we have made a provision for the smoke to leave the premises. There is a Hood covering the entire tar tank above which is a blower, taking in smoke and releasing it through the chimney attached to it of 40’ height.